Beautiful weather we’re having right?! But also crazy hail storms last week too, right? Also remember that 24 degrees week we had in February? There’s a reason behind it all… Climate Change.

Ok so you may have heard of Climate Change and rising sea levels… polar bears losing their homes etc etc. But this isn’t just something we watch on a Nature documentary anymore. Our actions over the next 10 years could lead us to mass natural extinction. A rise in just 0.5 degrees could lead to irreversible damage on our planet. (But rather than throw numbers at you let me tell you what that could mean).

And that’s only the start of it…

Now some of you have probably seen or heard of the extinction rebellion protests that are being done around the world. Thousands have flocked to the streets and shut down cities, roads and major sights. The media and many people have viewed this negatively… have become annoyed and angry at the inconvenience it’s caused them. But I ask you this… What is one week of inconvenience compared to your child’s life in risk of heat stroke, food shortages and air pollution. Sadly, these are the steps we need to take to call the government into action… we need to act now before it’s too late.

Actions you can take:

We are facing an unprecedented global emergency, the planet is in crisis and we are in the midst of a mass extinction bigger and faster than the one that killed the dinosaurs. Scientists believe we have entered a period of abrupt climate breakdown. The Earth’s atmosphere is already over 1°C warmer than pre-industrial levels and the chance of staying below the 2°C limit set in the Paris Agreement is tiny. Projections show we are on course for 3 degrees of warming and probably much higher.

We and our children will face unimaginable horrors as a result of floods, wildfires, extreme weather, crop failures and the inevitable breakdown of society when the pressures are so great. We are unprepared for the danger our future holds.

The time for denial is over – we know the truth about climate change. It is time to act. 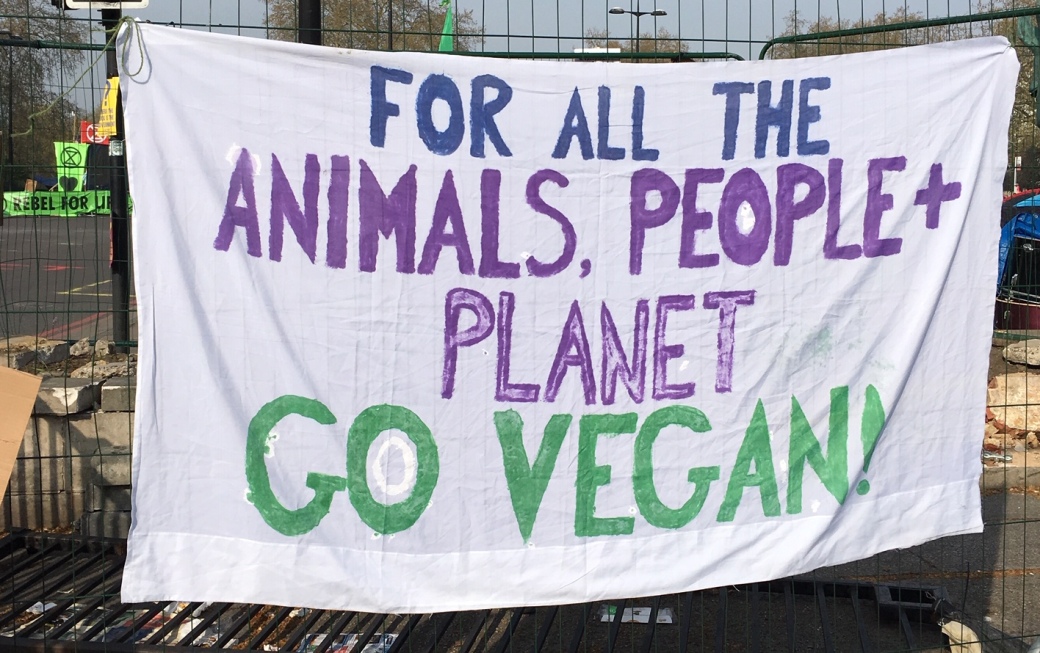 Something magical happens when people come together. . That support, connection and space we have for others is just something so beautiful. . Last night was the first of my monthly *CONNECT* meet-ups. . We meditated, journaled, gave thanks and set intentions. It was an hour that flew by and I know everyone could have sat for much longer. Everyone left feeling lighter and clearer. . Connect's aim is to be a community space for everyone. To come meet new people, to share or just to come and listen. . I didn't take a single photo as I really wanted to respect the safe space but thank you to everyone who came. . Keep your eyes peeled for more dates and events.
Bed time routine. . We're revisiting our childhood bedtime routine and loving it! . TV goes off by 8.30pm latest (no matter how good Netflix might be). We tidy, shower and then climb into bed by 9pm. . Leaving us lots of time to meditate and read a book. . Having screen free time before bed is so so important... It allows your mind to wind down from the constant stimulation from emails, social media and messages and enjoy some time to read or even just talk. . If you've been struggling to keep a daily practice or even find time to wind down then check out my new online modules- we discuss meditation, mindfulness and creating space for you! . Link in the bio. 🌟 . P.s. I'm laughing at the start of the meditation because my husband imitates my voice 😂
#sustainableswapmondays . . V E G G I E S. . Here we have a selection of all of the amazing veggies we get from the farmers market at the weekend. . Benefits? . 🌿 We can take our own containers and put the veggie straight into there (so no excess plastic on our tomatoes and they don't get squished in transit). 🌿 Take our own cloth bags for veggies like mushrooms and brocolli (simply wash them and you can use them over and over again). 🌿 Re-use paper bags for leaves and greens. 🌿 Eat seasonly. This is probably the biggest benefit! You eat what grows naturally at that time of year... Yh winter is hard but there's no greater joy then seeing the first berries at the farmers market in spring. 🌿 Get to know your producers. We have awesome chats with the tomato people and even the guys we get our bread from. 🌿 Buy only what you need as it's not wrapped in big bags (eg big bag of carrots or 3 peppers packaged together). 🌿 SEE SO MANY DOGS! (I mean farmers market is where you want to be to make all the dog friends! Ha!) . How do you get your veggies? . Follow @the_lovely_catalyst for her veggie options too! .
B U S H E Y event. . So I've decided to open my home up to a beautiful one off event next week! . If you're anything like me then you might be feeling a little frazzled already this year... 2019 might have been a challenging year, an overwhelmingly beautiful year or anything in between. . It's never too late to bring some grounding into your life. Reflect, be grateful, meditate, journal and set some intentions and affirmations for the new year. . I'll lead you through the hour long practise which will leave you feeling more centred and clear. (I know it worked wonders for me). . DM to book your place. Donation based class so pay what you feel. . London peeps... Would you like me to host one in London next week too?
#sustainableswapmondays. This week is. R E F I L L S. . There's so many pantry items we all use that come wrapped in plastic BUT it doesn't need to be that way... . We've been refilling our seeds and nuts for the past few years. We just grab all the containers we have and fill them up with everything they need. . My favourite places: . - @earthnaturalfoods in Kentish Town. - @therefillpantry in St Alban's. - @planetorganic Goodge Street. - @thesourceunitedkingdom Turnham Green. - @bulkmarketuk Hackney. . Small changes can make all the difference and we need to make those changes now!! . Follow @the_lovely_catalyst for her pantry of dreams.
Back to teaching after a lovely break off... But it has me feeling more like a flapping bird instead of a birds of paradise. 😂. . Schedule (reduced this week). . Wednesday. 17.30-18.30: Pregnancy Yoga @totalchiyoga . . Thursday. 9.30-10.30am: Yin yoga @indeeyoga . 19.00-20.15: Yin at home. . Friday. 16.15-17.00: Kids Yoga. 17.05-17.50: Teen Yoga. Both @totalchiyoga . . Saturday. 9.15-10.30: Dynamic Vinyasa. 10.40-11.40: Warm Vinyasa. Both @totalchiyoga . . See you on the mat!
%d bloggers like this: